Discover the World's Most Famous Artists with Extensive Biographies plus Galleries of their Paintings, Drawings and Sculptures

This ambitious project aims to draw together the careers of thousands of the most famous artists from across the world, covering a huge timeline from the early pre-historic techniques right up to the present day.

Here we offer each and every artist that has currently been covered, and in time will enable these to be searched through via specific art movements, periods and mediums. For now, they are listed directly in this page and as the number continues to grow, so will the way in which we organise them. In featuring such a breadth of art, we should also be able to better underline the relationships between these artists, where one movement can frequently influence another that follows on shortly after. We can also start to consider the influence of artists across different mediums, such as within the Italian Renaissance, for example. The natural bias of our collection of artists will be towards European painters, but the intention is to provide a fully extensive, inclusive summary of the history of art, right across the world, by the time the project is complete.

We have also chosen to provide specialist article on art movements in order to cover for where there are no specific artists known, which is common within the older styles. As such, you will find that most of the artists listed here are from the past thousand years or so, as before that very little documentation exists around specific people, with most artistic discoveries being simply attributed to a region and an approximate date. Those periods, therefore, need to be handled differently to, say, the key members of the French Impressionist movement or the various periods of the Italian Renaissance, for example. This is an organic project that will continue to grow and add value as more information is added all the time, with an intention to also make use of other media, such as video, when it makes sense to do so.

When considering the history of art it is important to understand that the impact made by artists such as those listed here was not just an aesthetic pleasing of our eyes. Whilst there have been many artists whose sole desire was precisely that, many others have used their careers to influence society, or alternatively to illustrate society as they saw it at the time. There are also many examples of where artists would be used for political reasons, such as the competitive battles between different Italian Papal States to artistically out do each other. We can then add in the spread of art between cultures that has enabled social change through education in a visual sense, for example in the spread of western culture into other regions of the world over the past few centuries. This influence has led to conflict on occasion, between the ruling powers and artists themselves, with one good example being the clash of the likes of Klee, Marc, Kirchner and others with the Third Reich, who termed them "Degenerates".

When we consider the full timeline of art history, we can see precisely how it mirrors society in each region. It can often influence it in a positive way, but also sometimes reflect the problems of the time. The study of art history remains a popular education route for thousands of students, even though many would never have any intention of actually becoming an artist themselves. Clearly, there is much to learn from what has gone before and this also explains how so many more are interested in the world of art than just those who produce work of their own. This resource will hopefully draw new artists to your attention for the first time and also help you to understand how all of it fits together in the development of art from so many years ago to get to where we are today. 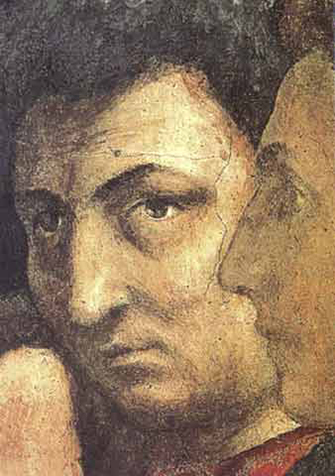